At a recent post roll out review meeting with Virgin Trains West Coast, senior Virgin staff revealed that on the day of Hunter’s roll out Virgin’s Yammer system spiked to its highest ever levels. The response was so overwhelmingly positive about the transformation in the quality of the Hunter uniform received by Virgin staff that Yammer basically ‘fell over’.

“Roll out day with Hunter was epic! We had our highest ever spike on Yammer (global corporate social media platform) that day and that entire month. Kim Kardashian might have broken the internet, but Hunter broke Yammer… In a good way!”

“The best day in my career as Executive Director of HR for the past 10 years”.

“It always feels good when clients are delighted and we exceed their expectations. After all, this is why we exist as a company. Bigger rivals might low ball the product and service spec but our job is to knock it out of the ballpark. I think it’s safe to say that having broken Virgin’s Yammer qualifies this project for out of the ballpark status!” 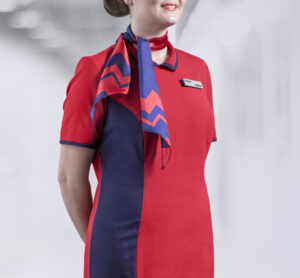